How to Hold an ILS Glideslope | Flying an ILS Approach

What are the specific side step minimums for an approach?

This question piques my curiosity a bit on this subject. In regards to circling approaches the AIM 5-4-19 states that
a. ATC may authorize a standard instrument approach procedure which serves either one of parallel runways that are separated by 1,200 feet or less followed by a straight-in landing on the adjacent runway.
b. Aircraft that will execute a side-step maneuver will be cleared for a specified approach procedure and landing on the adjacent parallel runway. Example, “cleared ILS runway 7 left approach, side-step to runway 7 right.” Pilots are expected to commence the side-step maneuver as soon as possible after the runway or runway environment is in sight. Compliance with minimum altitudes associated with stepdown fixes is expected even after the side-step maneuver is initiated.
Note: Side-step minima are flown to a Minimum Descent Altitude (MDA) regardless of the approach authorized.
c. Landing minimums to the adjacent runway will be based on nonprecision criteria and therefore higher than the precision minimums to the primary runway, but will normally be lower than the published circling minimums.
However I’m not aware of any approach plates which list specific side step minimums on them for airports with parallel runways where sidestepping is commonly used. Examples below are from Boeing Field in Seattle, WA, and John Wayne in Santa Ana, CA. 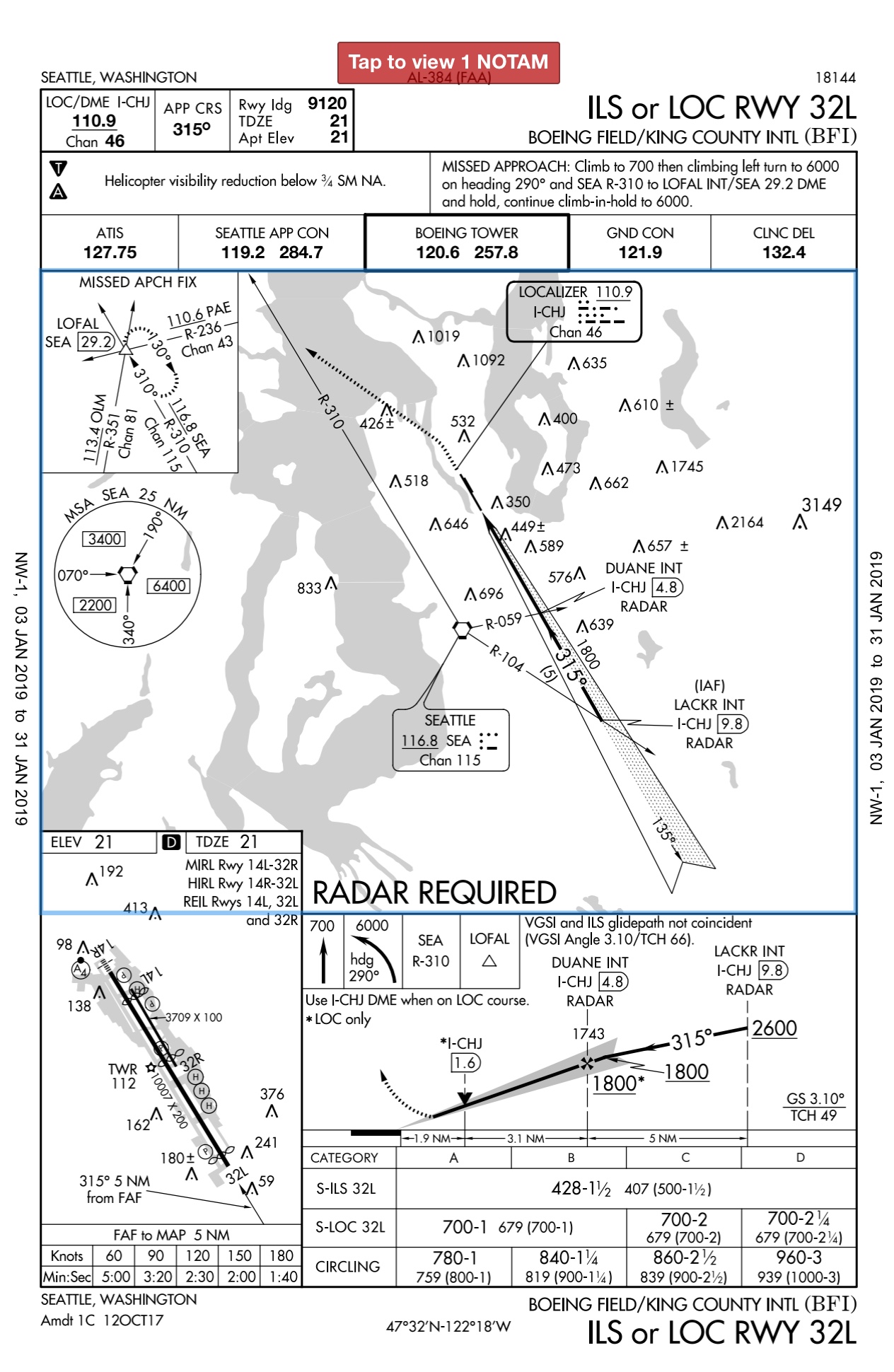 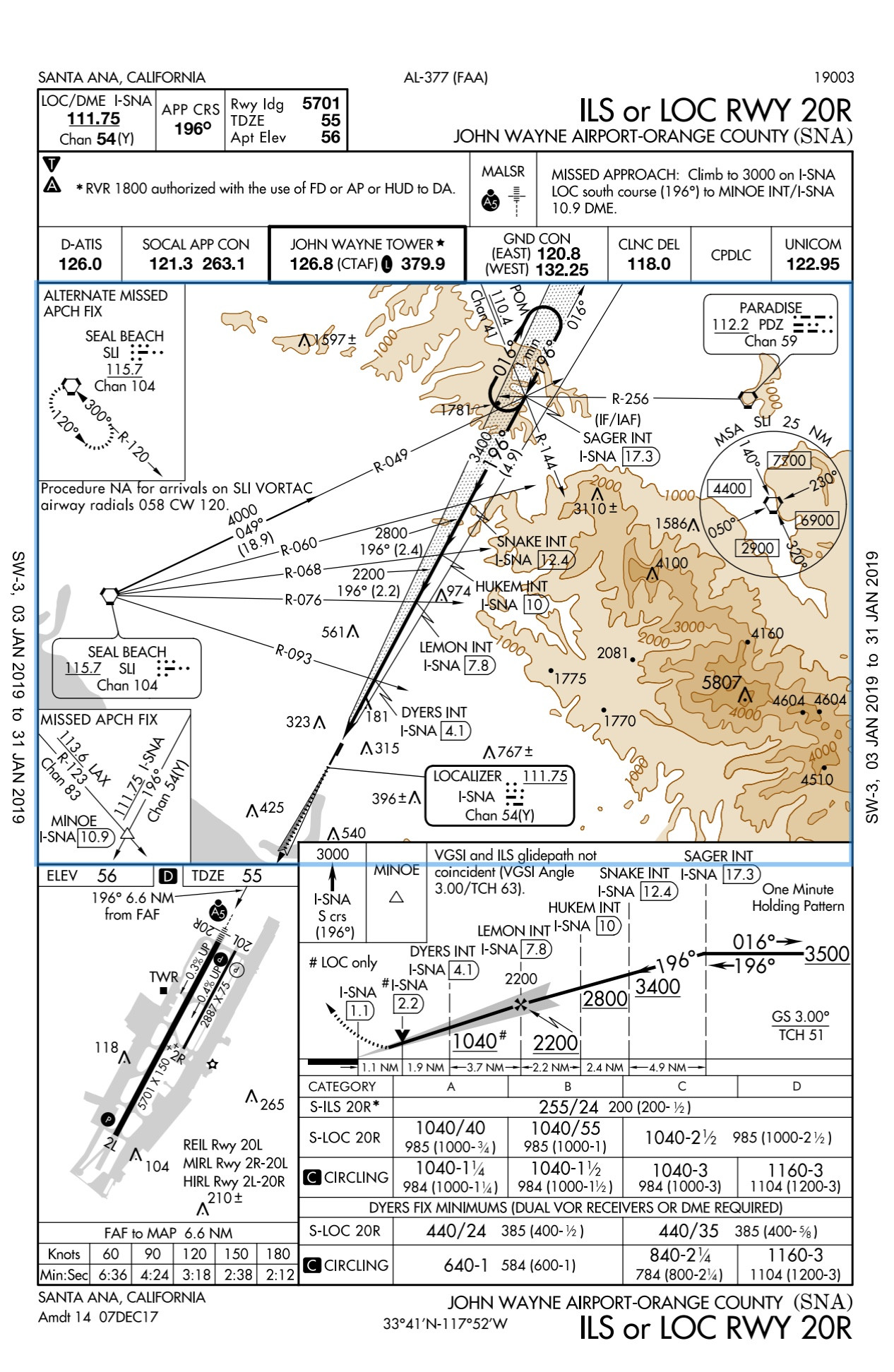 So my question here is as the plates do not specifically publish a side step set of minimums, should the approaches be flown down to the localizer MDAs or use the Circling MDAs? Is this up to a pilot’s preference or is it a matter of just how far away the landing runway is from the parallel approach runway?
1 Answer
Sorted by:
2 KSFO has sidestep minima for ILS/LOC 28R to 28L but not from ILS/LOC 28L to 28R. It also has a sidestep from ILS/LOC 19L to 19R but no ILS at all for 19R itself. The latter is probably the more normal case for sidesteps: giving a second runway (probably one normally only used for departures) lower minima than circling without needing to install and maintain another entire ILS setup that would rarely be used. Notice that the first two also have (much higher) circling minima.
KDFW has sidestep minima for ILS/LOC 35L to 35C, ILS/LOC 35C to 35L, ILS/LOC 36L to 36R, ILS/LOC 36R to 36L, and all their opposites. Since all the sidestep targets have an ILS of their own, this seems to be intended only for when one of them is out of service, i.e. not for normal usage.
Publicado por altovuelo en 9:24 No hay comentarios: