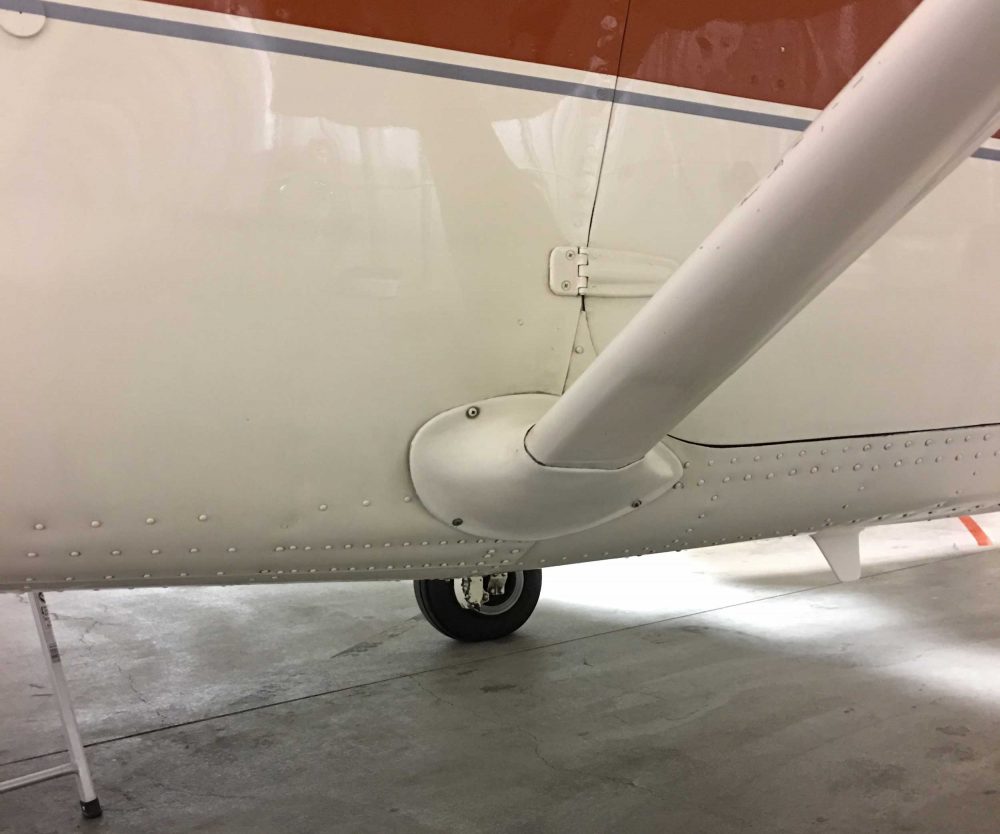 More than 14,000 Cessna aircraft will be affected by an Airworthiness Directive (AD) proposed by the US Federal Aviation Administration (FAA).
The AD covers Cessna C172, C182, C206, C207 and C210 aircraft manufactured before 1995, including the Reims variants.
The AD has been issued following reports of cracking near the forward cabin doorpost, at the lower wing strut attach fitting. The cracks are the result of metal fatigue, according to the AD, and could result in the wing strut attach point failing during flight.
These concerns have existed for over two decades and the AD mandates compliance with Cessna Service Bulletins SEB-95-19 and SEB-93-5R1, which both date back to 1995.
If the proposed AD is adopted as written, the first inspection is due at 4,000hr and is estimated to take about 1.5hr to accomplish. The inspection must then be repeated annually or every 1,000hr, whichever comes first.
If cracks are found, the repair consists of installing a Cessna service kit to reinforce the area, which is estimated to take about 24 man-hours, at an estimate cost of $2,500-$3,000.
ADs issued by the FAA are usually adopted by EASA, so this would also apply to all European registered affected aircraft. More information here
Piper PA-28 AD


The FAA has also issued an AD covering several Piper PA-28 models. It requires inspection of the fuel tank selector cover, to verify that the left and right fuel tank placards are positioned properly, and replacing those which are found not to conform. More here