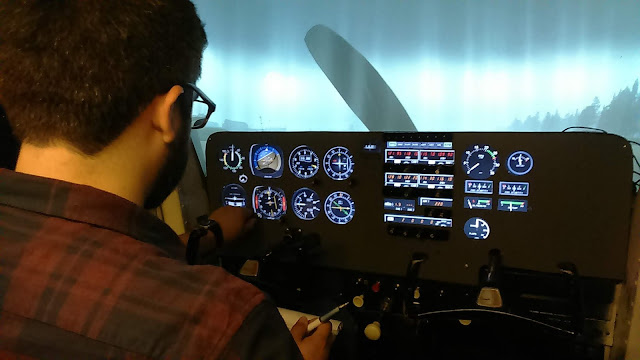 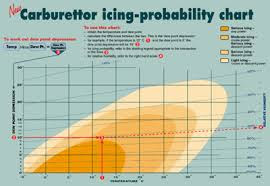 How to Land using the ILS, Instrument Landing System in X Plane ~ Part 2

Your Engine Failed After Takeoff. Should You Return To The Runway?


Pilots call it the "impossible turn" for a reason. Should you return to the airport, or land straight ahead? It depends.....
A Stark Example of the "Impossible Turn"
According to AOPA, on October 28th, 2006, a Vans RV-6 experienced a loss of engine power at 500 feet AGL during climb out from Turlock Municipal Airport, CA. The pilot responded by initiating a turn back toward the runway. During the maneuver, the airplane stalled and the pilot attempted to recover. The airplane entered a secondary stall, descended rapidly, and collided with the ground, eventually coming to rest inverted. The pilot and a passenger were seriously injured.

A low altitude power loss is a time-critical emergency, especially on departure. Unless you've thoroughly planned an emergency landing point for departure (which you should do), the surprise of the engine failure will leave you with few landing options. Your initial reaction may be to return to the runway, which under some circumstances is acceptable. But more often than not, your safest option is to land somewhere straight ahead of you.


There's a lot that goes into the "impossible turn," so let's dig a little deeper.
Your Knowledge Of Aerodynamics Is Crucial
As you roll into a turn, your vertical lift decreases and your horizontal lift increases. If you don't add back pressure, your plane will start to descend. During a turn, to keep your vertical lift the same (so you don't descend), you need to increase total lift by increasing your angle of attack (AOA). So how do you do that? Simple: you apply back pressure on your elevator.

That said, this doesn't work for a sustained period of time during an engine failure for one simple reason...power. If you lose engine power, you won't produce enough thrust to maintain level altitude and constant airspeed during a turn. Additionally, on propeller driven airplanes, you won't get the benefit of extra airflow over your wings from prop-wash. This also decreases lift after an engine failure.


Returning To The Runway? Keep These Hazards In Mind
First, you probably took off with a headwind. If you make a return to the runway, you'll now be faced with a tailwind, which increases your groundspeed and rushes your ability to fly a safe approach and stop on the runway. There's not a lot of margin for error with a strong tailwind (assuming you can actually make it back to the runway).


Second, as your airplane loses altitude during the turn, it's possible you could contact the ground in a bank. This could result in your aircraft cartwheeling across the ground...not an ideal outcome.
Third, the increasing groundspeed due to the tailwind could lead you to prematurely slowing the aircraft below stall speed. With no altitude to trade for airspeed, you'll be out of luck in this scenario.

Rather than returning to the runway, the FAA advises "it is safer to immediately establish the proper glide attitude, and select a field directly ahead or slightly to either side of the takeoff path."


Practice (Can) Make Perfect
In the Airplane Flying Handbook, the FAA recommends pilots experiment with their airplanes to determine a practical decision height for takeoff. At a safe altitude, reduce your power to idle, start a 180 degree turn to a simulated runway, and see how much altitude you lose. According to the FAA, "by adding a safety factor of about 25 percent, the pilot should arrive at a practical decision height" from this testing.


The FAA provides the following example:

Consider the following example of an airplane which has taken off and climbed to an altitude of 300 feet above ground level (AGL) when the engine fails. After a typical 4 second reaction time, the pilot elects to turn back to the runway. Using a standard rate (3 degree change in direction per second) turn, it takes 1 minute to turn 180 degrees. At a glide speed of 65 knots, the radius of the turn is 2,100 feet, so at the completion of the turn, the airplane is 4,200 feet to one side of the runway. The pilot must turn another 45 degrees to head the airplane toward the runway. By this time, the total change in direction is 225 degrees equating to 75 seconds plus the 4 second reaction time. If the airplane in a power-off glide descends at approximately 1,000 fpm, it has descended 1,316, feet placing it 1,016 feet below the runway.


This Is Why You Brief Departures
You should have a decision altitude on takeoff for engine failures, as well as when you'll plan a return to the airport. During your takeoff briefing, include a go/no-go point for the "impossible turn." If you don't have a number in mind, and knowledge of how much altitude you'll lose in a turn, it's usually better to pick a landing point ahead of you, rather than the runway behind you. Take into account wind, altitude, aircraft performance, glide distance, and personal comfort before making the decision.


The "Sully Factor"
As you know from the "Miracle on the Hudson" story, the human factor is an important piece of the puzzle, often left out during briefing. It's hard to predict how a pilot will react when faced with a serious emergency at low altitude, but one thing is certain...your response will not be immediate.

It will take you time to process the emergency, and you may even try troubleshooting (not that it's a bad idea, you should run an engine failure checklist if you have time). But, even taking a few seconds to troubleshoot could take away hundreds of feet of potential altitude.

VDP on An IA

Should You Go Missed If You Fly Past The VDP On An Instrument Approach?

Live from the Flight Deck
You've passed the VDP on an instrument approach, and you start to see the runway, but you're high. What should you do?


Visual Descent Point (VDP), Defined According to the AIM, "the VDP is a defined point on the final approach course of a non-precision straight-in approach procedure from which normal descent from the MDA to the runway touchdown point may be commenced."


VDPs are only published for straight-in instrument approaches to specific runways, and if your approach has one, you shouldn't descend below MDA prior to reaching the VDP.

When you reach VDP, you'll typically be able to follow a 3-degree glide path to the runway, which is the same glide path as most precision approaches.


So how do you know if your approach has a VDP? It's denoted by a bold V, like the image below.

What To Do If A VDP Isn't Published
When instrument procedure designers survey land during the creation of an approach, they'll analyze what obstructions penetrate safety clearance tolerances. If obstructions are present, a VDP might be denied during the creation of the instrument approach. This is why you won't find a "V" published on every non-precision approach, like the image below.

If that's the case, you can use a rule-of-thumb to find the approximate distance where you would start a descent from MDA to the runway: Take the AGL value of the MDA and divide it by 300.


For example, on the Crookston (KCKN) VOR/DME Approach to Runway 13, the lowest MDA takes you to 344 feet above the TDZE. Divide this by 300, and you'll get 1.15, which is the approximate distance from the runway where you can start a 3-degree descent to the runway.
Remember that the resulting value is NOT DME. It is the VDP's distance from the runway. You'll need to add or subtract this from DME readings to properly locate your descent point.


And there's another thing to keep in mind. In many cases, the VDP wasn't published because of terrain or obstacles. Before you start your descent down from MDA to the runway, be sure you have enough visibility not only see the runway, but also see any obstructions that might be in your path (more on this in a bit).

What Is "Continuous Position To Land"?


VDP does not define a point necessary for a "continuous position to land" under FAR 91.175. A variety of descent angles can provide you with a stabilized approach, which is important for a safe descent below MDA.

You Just Flew Past VDP. Now What?


If you flew past VDP because the required items for descent weren't met, but you're not to the missed approach point yet, you're faced with a decision: Should you plan to go missed? Should you continue to the MAP?


The closer you get to the missed approach point at MDA, the higher the descent angle you need to get to the runway. However, if you see the runway environment past VDP, you may still be able to make a safe descent to landing.


Whether you can safely make a steeper than normal descent comes down to what kind of airplane you're flying, your configuration, and the speed you fly the final approach segment at.


In something like a light, single-engine piston, you'll have a lot more leeway than a jet. The faster you fly, the faster descent rate you'll need to make the same descent angle work. Because of this, many pilots plan to go missed if the runway environment isn't in-sight by the VDP.


No matter what you fly, you don't want to put yourself in a situation where you need a rapid descent to make the runway. If you're not used to flying steep, high descent-rate approaches in clear weather, attempting one when you're shooting an approach in poor visibility isn't a great idea.

This is Why you Need your Instrument Rating 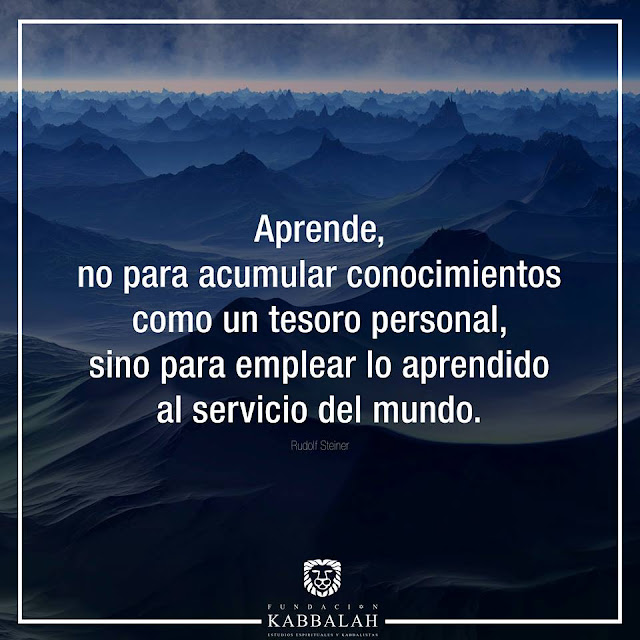 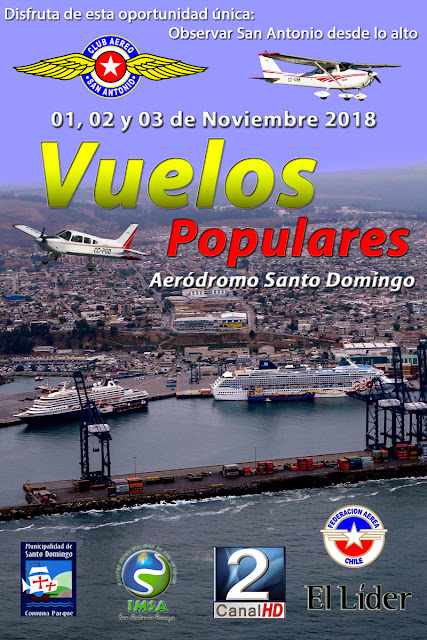 How To Land A Cessna

How To Fly An ARC - Flight Training VLOG