You WILL Understand VORs after Watching This!

Pilot Dies During Takeoff, "The Captain is Out" [ATC audio] 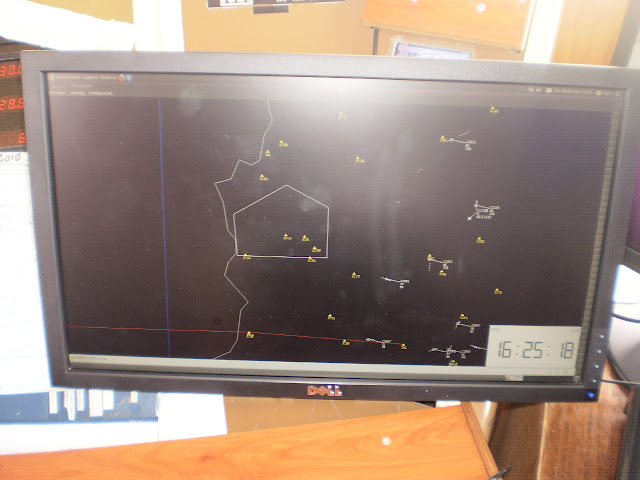 Are you using the rudder pedals correctly? | Flight safety | Loss of control

What's The Maximum Safe Descent Rate On An Instrument Approach? 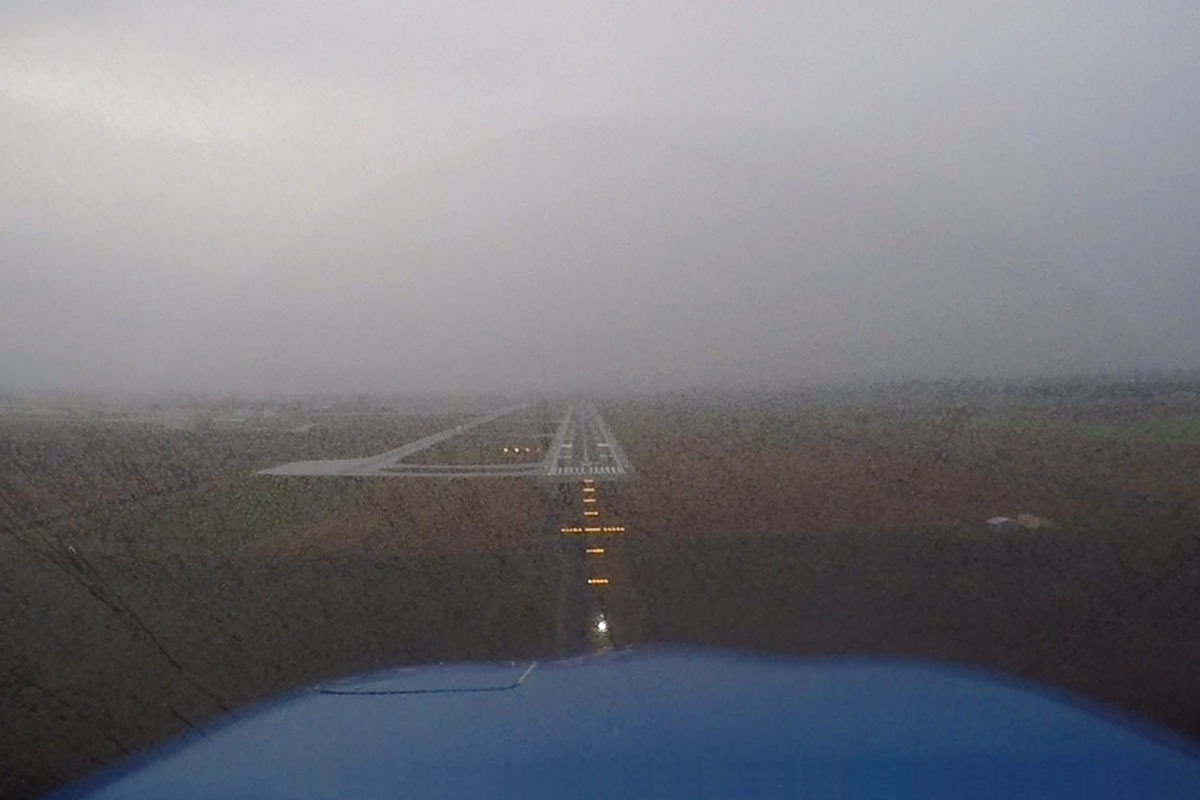 Boldmethod
Have you ever seen your descent rate exceed 1,000 feet per minute on an instrument approach? Here's why you should take corrective action if it happens...
Follow A 1,000 FPM Descent Rate Limit
The FAA has published guidance on what it considers to be safe descent limits for instrument approaches. Here's what Chapter 4 of the IPH has to say, and what you should know to stay safe on your next IFR flight...
Operational experience and research have shown that a descent rate of greater than approximately 1,000 FPM is unacceptable during the final stages of an approach (below 1,000 feet AGL). This is due to a human perceptual limitation that is independent of the type of airplane or helicopter. Therefore, the operational practices and techniques must ensure that descent rates greater than 1,000 FPM are not permitted in either the instrument or visual portions of an approach and landing operation.
Simply put, sustained descent rates over 1,000 FPM are unstable on approach.
Physically, it's difficult for your body to perceive and react to descent rates over 1,000 FPM adequately. In the instrument environment with low ceilings and few visual cues, this is especially important. Here's what else you should know... 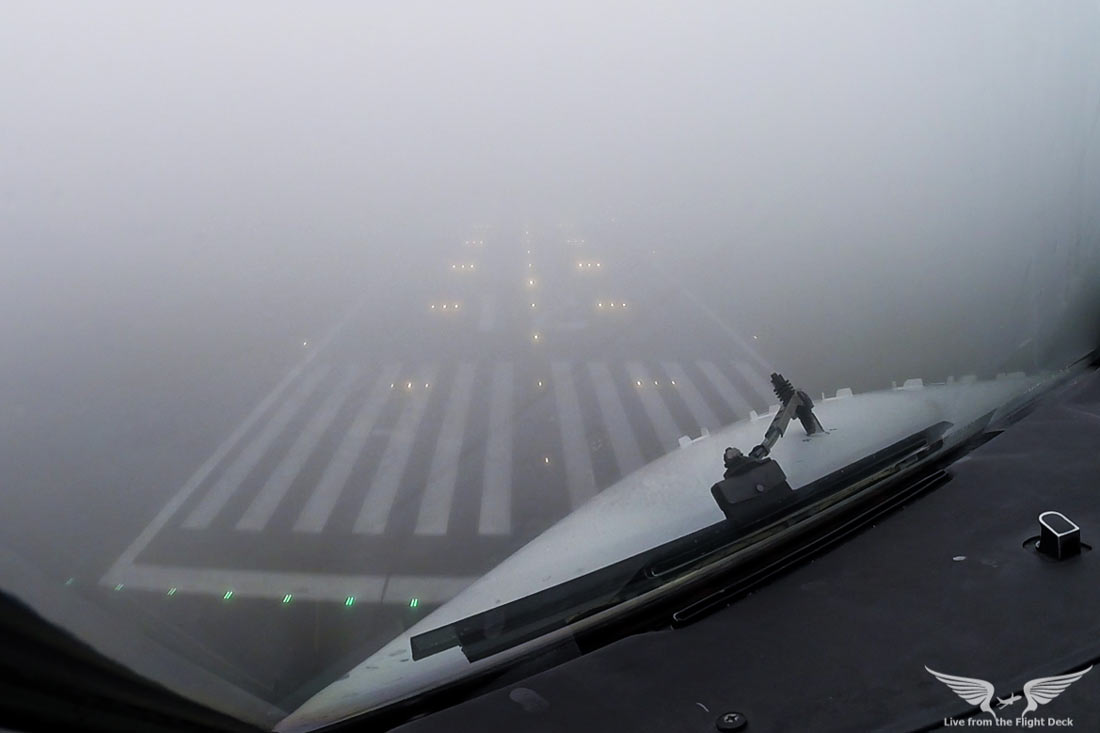 Live from the Flight Deck
Flying Non-Precision? This Is Why VDPs Are So Important...
According to the FAA, "for short runways, arriving at the MDA at the MAP when the MAP is located at the threshold may require a missed approach for some aircraft" (IPH 4-37).
While this is fairly obvious, approaching the runway threshold while you're still at MDA means you're still several hundred feet above the runway. This also means it's very difficult, if not impossible, to safely land from that position.
If you meet the three criteria below, you can descend from MDA and land. Does that mean it's a good idea? Not always. 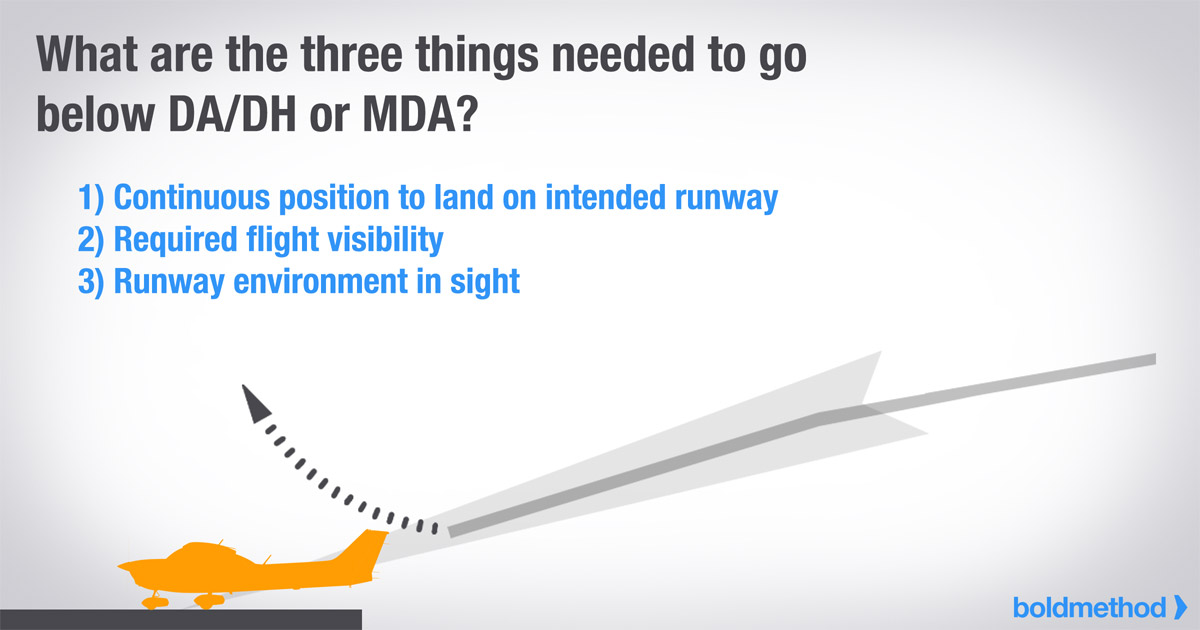 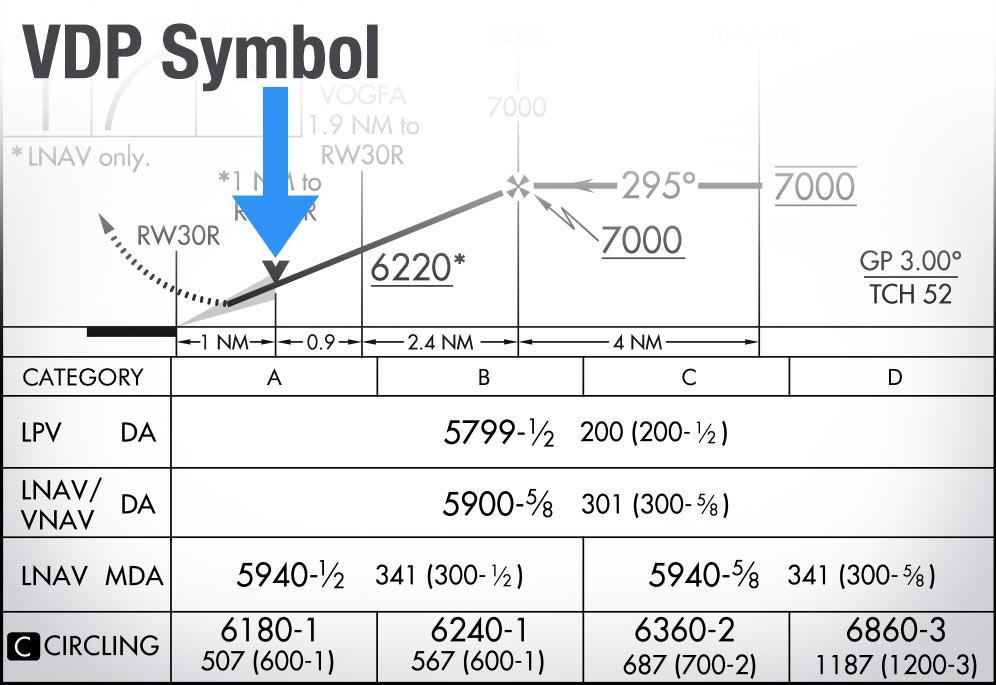 Boldmethod
When instrument procedure designers survey land during the creation of an approach, they'll analyze what obstructions penetrate safety clearance tolerances. If obstructions are present, a VDP might be denied during the creation of the instrument approach. This is why you won't find a "V" published on every non-precision approach, like the image below.
If that's the case, you can use a rule-of-thumb to find the approximate distance where you would start a descent from MDA to the runway: Take the AGL value of the MDA and divide it by 300.
For example, on the Crookston (KCKN) VOR/DME Approach to Runway 13, the lowest MDA takes you to 344 feet above the TDZE. Divide this by 300, and you'll get 1.15, which is the approximate distance from the runway where you can start a 3-degree descent to the runway. 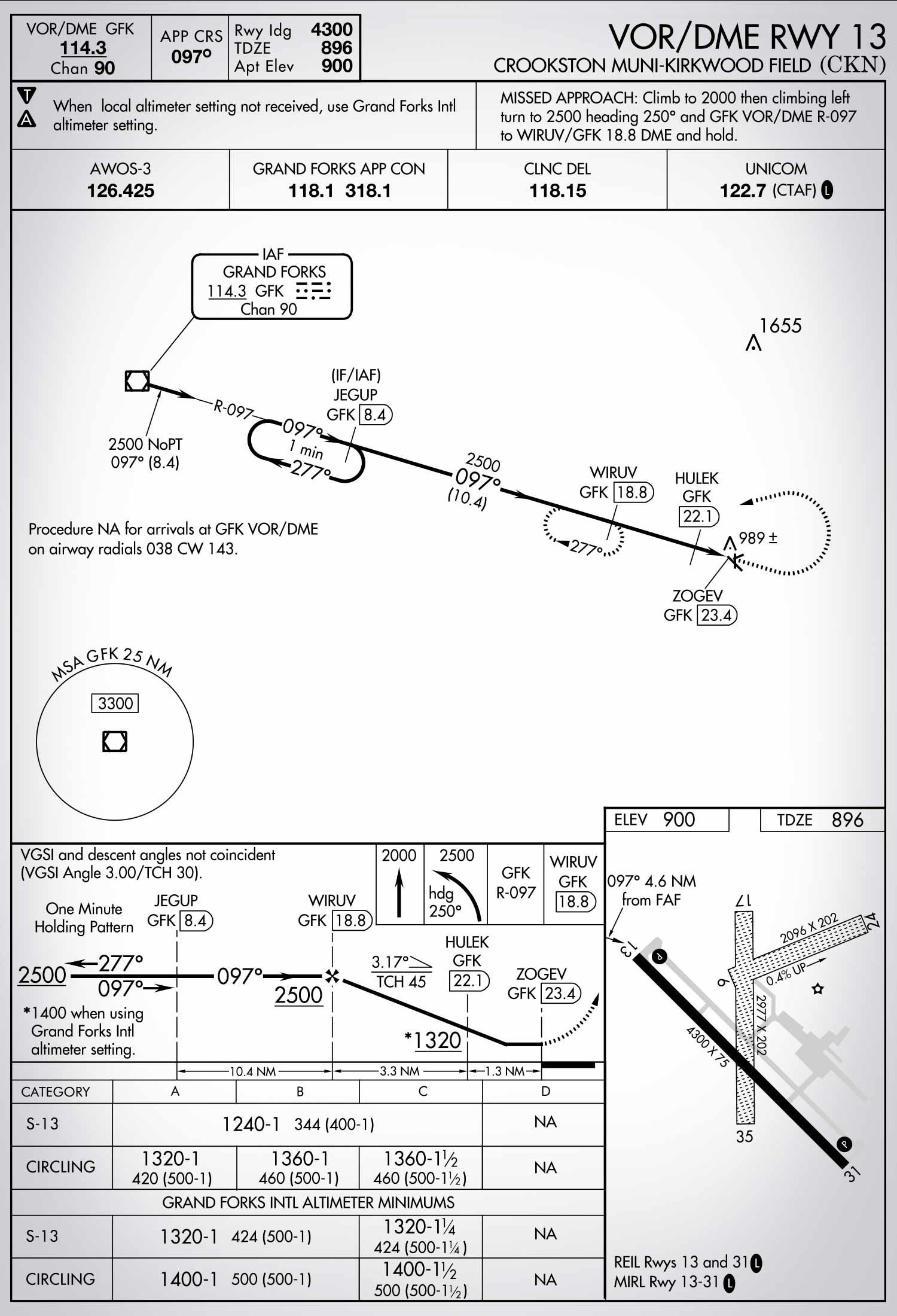 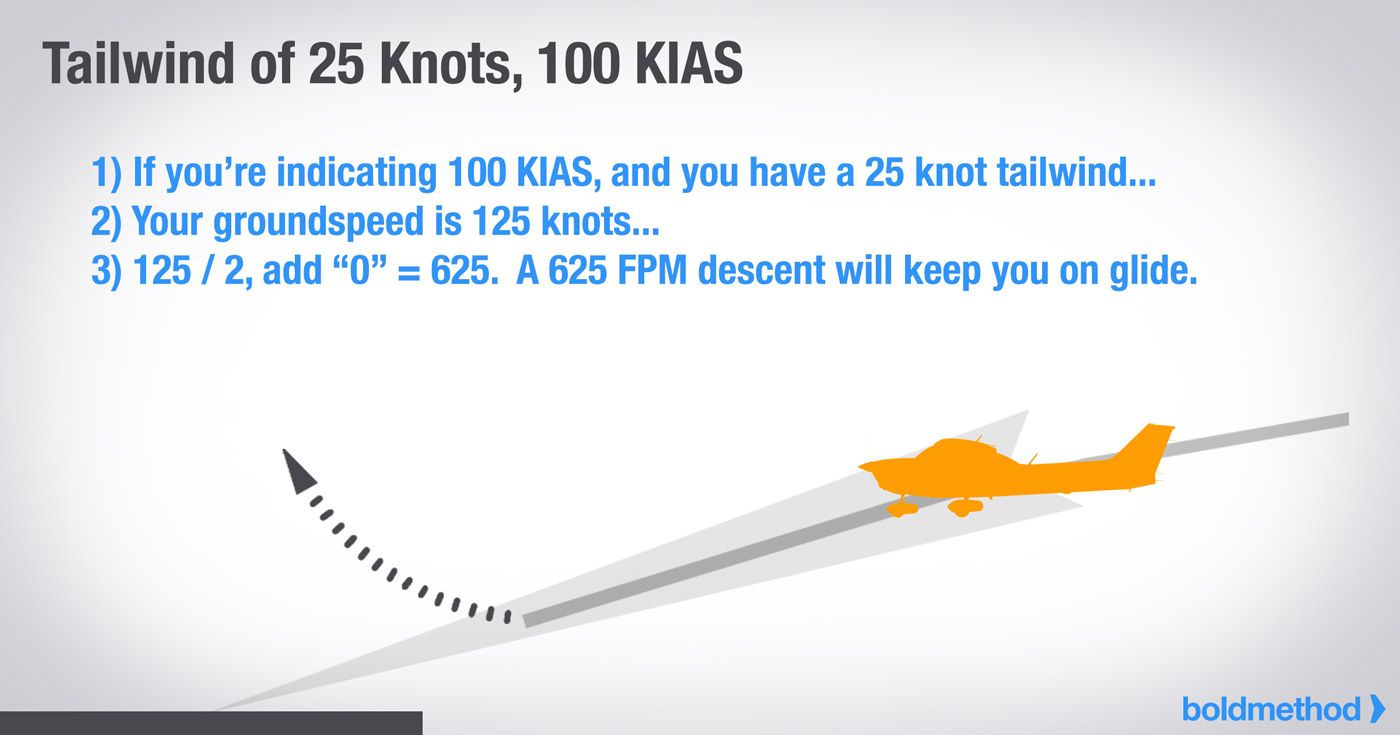 Boldmethod
When Should You Go-Around?
At most airlines, continuously exceeding 1,000 FPM on an instrument approach is considered unstable. Momentary deviations are allowed, however. On some aircraft, if there is a "sink rate" aural warning, it can be corrected by the pilot once. If the warning sounds again, an immediate missed approach must be flown.
In the general aviation world, you're usually flying a lot slower than an airliner on final approach. Generally speaking, this will keep your descent rate lower as well. If you start to approach a 1,000 FPM descent rate, you're likely unstable. Consider going missed and trying the approach again. 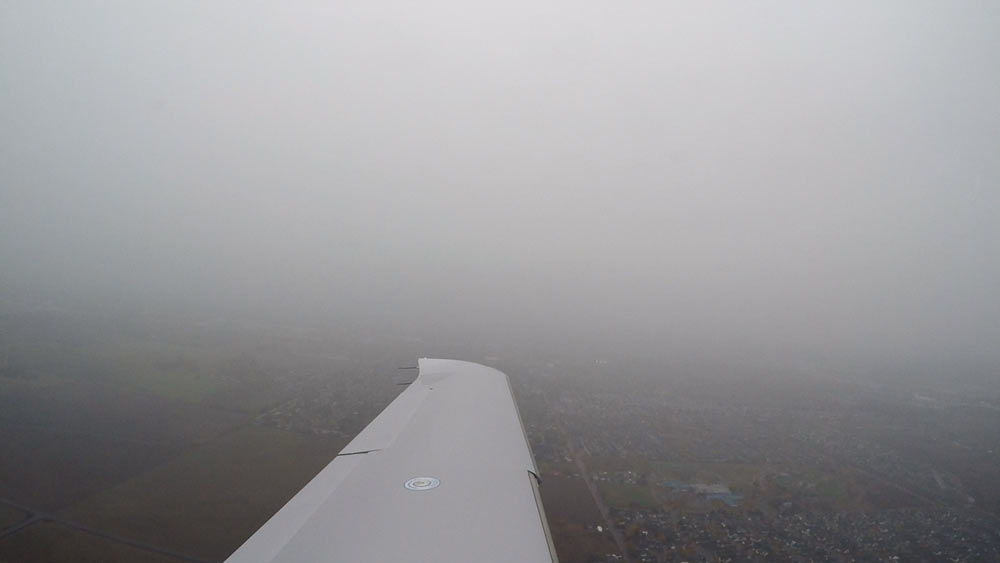 Why you cant hold centerline on landing

"Being able to see you succeed in Aviation has also been part of my own dreams......."

6 Ways Pilots Get Confused In The Clouds, And How To Prevent It 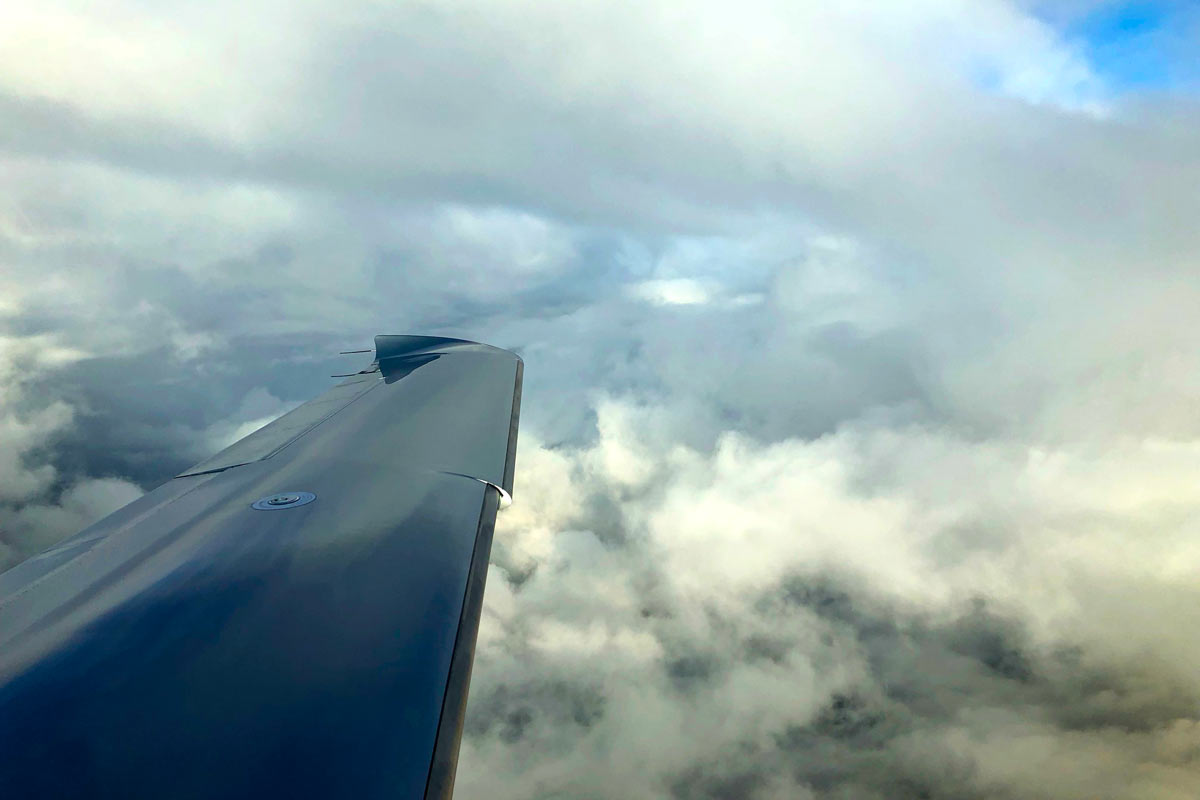 Boldmethod
It's winter, and there's no shortage of gray, IFR days. It's an important fact to consider, because 5-10% of all general aviation accidents result from spatial disorientation, and of those accidents, 90% of them are fatal.
Why Disorientation Happens In The Clouds
Your eyes are your primary sensory input when you're flying. You look outside, you see which way the sky is pointing, and you adjust your airplane. But all of that can fall apart when you're in the clouds. 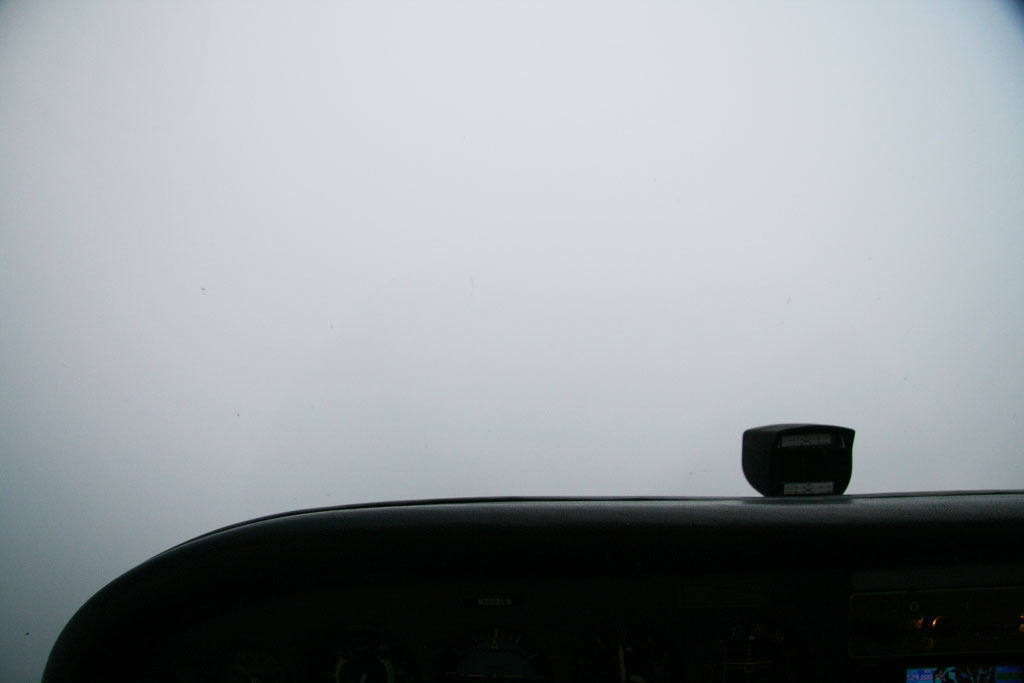 matthewpiatt
That's because the sensory input of your eyes and ears start to disagree in the clouds. Your ears have three fluid-filled canals that help you determine which way is up, and they start taking over, for better or worse, when you can't see beyond your propeller.
So what's the problem with your ears telling you which way is up? They aren't as instant, or accurate, as your eyes. Because of friction between the fluid and the canals, it can take 15-20 seconds for your ears to reach equilibrium when you turn, climb or descend. That actually works out pretty well when you start maneuvering your plane in the clouds, but the benefit doesn't last long. 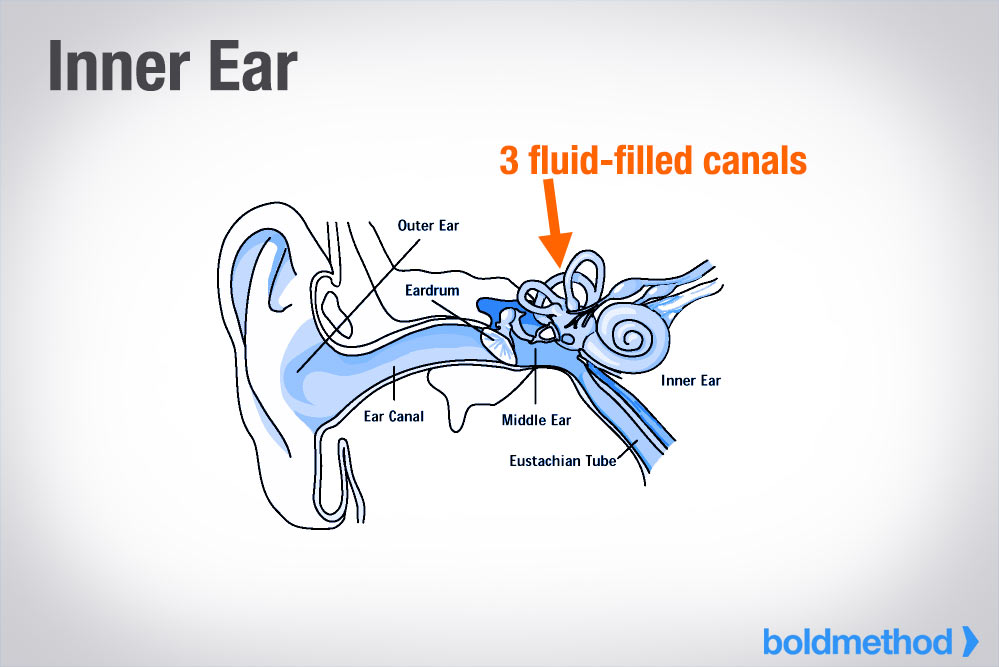 Boldmethod
For example, if you enter a constant-rate turn to the left, the friction of fluid sloshing around in your ear canals tells your brain that you're turning left. The problem is, if you stay in that constant rate turn long enough, the fluid eventually stops moving. When that happens, your brain thinks the turn has stopped, and that's not a good thing, because you're still in the turn.
The Different Types Of Vestibular Illusions
There are six main types of vestibular (ear) illusions you can get in the clouds, and they're all related to the fact your eyes can't see the horizon, and your ears are telling you the wrong thing. Here's each illusion, and how to prevent them:
1) "The Leans" 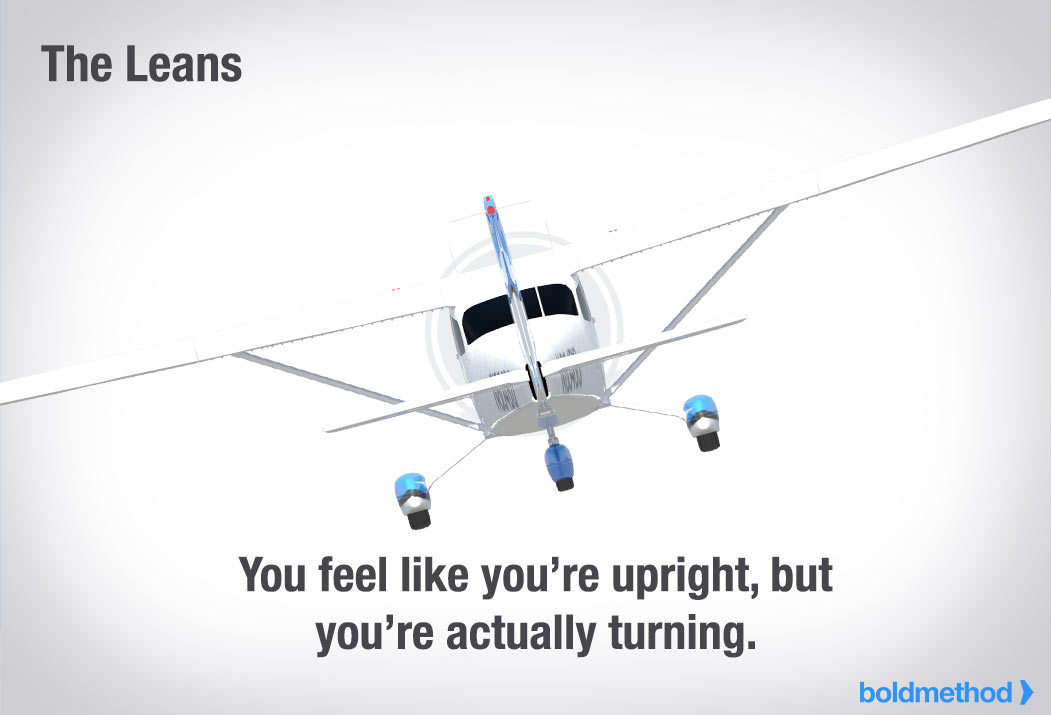 Boldmethod
The Leans happen when you enter a banked turn too slowly. For example, if you don't roll quickly enough into a left turn, the fluid in your ears won't start moving, and your brain thinks you're still straight-and-level. If you correct your wings back to level flight abruptly, your ears and brain think they're banking in the opposite direction (to the right). This makes you feel like you need to roll the airplane back to the left, or lean your body in that direction to be 'upright'. If you find yourself pressed against your flight instructor in the clouds, chances are you have the leans.
How to prevent it:
The best way to prevent the leans is to avoid super-slow turns in the clouds. You should never over-control your plane, but make sure your are authoritative with your control inputs.
2) Coriolis Illusion 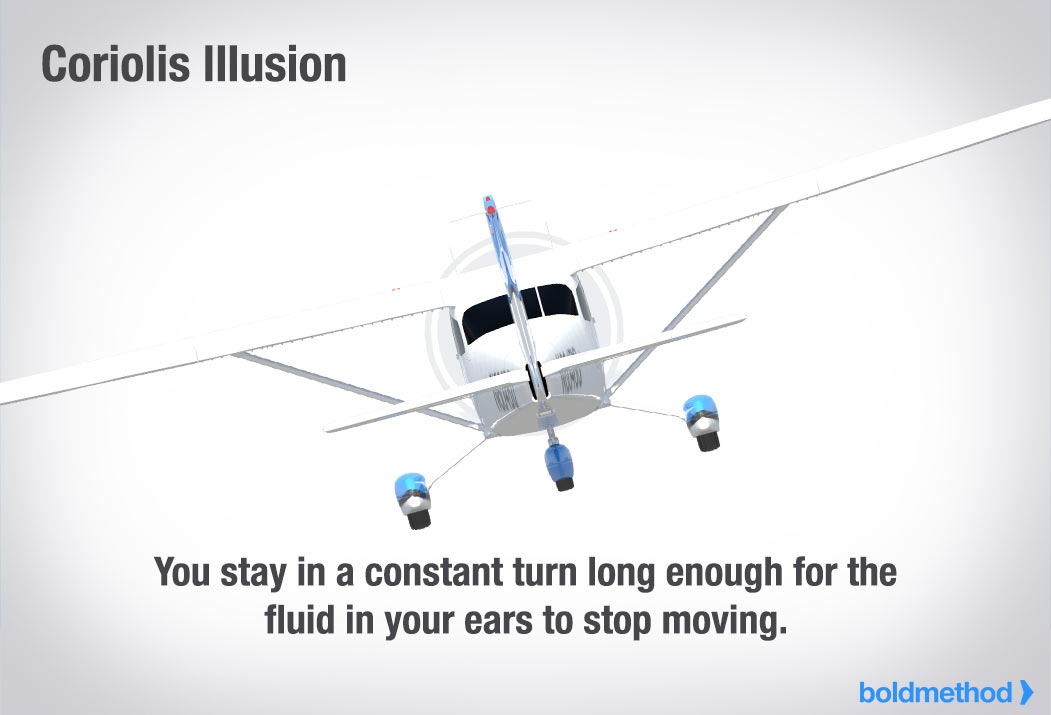 Boldmethod
Coriolis illusion happens when you're in a constant turn long enough for the fluid in your ears to stop moving. As we mentioned before, when the fluid in your ears stops moving, your brain thinks it is 'straight-and-level'. At this point, if you move your head too quickly, such as looking at something in the cockpit, you can start the fluid in your ears moving in an entirely different axis. This makes you feel like the airplane is maneuvering in a way that it isn't, and if you aren't careful, you can put your plane in a dangerous attitude.
How to prevent it:
Never move your head quickly, and if you feel like you're getting disoriented, focus on your instrument scan pattern and bring the airplane to straight-and-level flight.
3) Graveyard Spiral

Boldmethod
Like the name suggests, graveyard spirals aren't good. If you stay in a turn long enough, the fluid in your ears stops moving. As you return to level flight, you feel like you've turned in the opposite direction, and you return back to the original turn. Because airplanes lose altitude in a turn unless you add back pressure, the airplane starts descending. Because you think you're in a wings-level descent, you pull back on the yoke. But what really happens is you tighten the spiraling turn, and lose even more altitude.
How to prevent it:
Maintain a strong scan pattern, and don't fixate on any one instrument.
4) Somatogravic Illusion 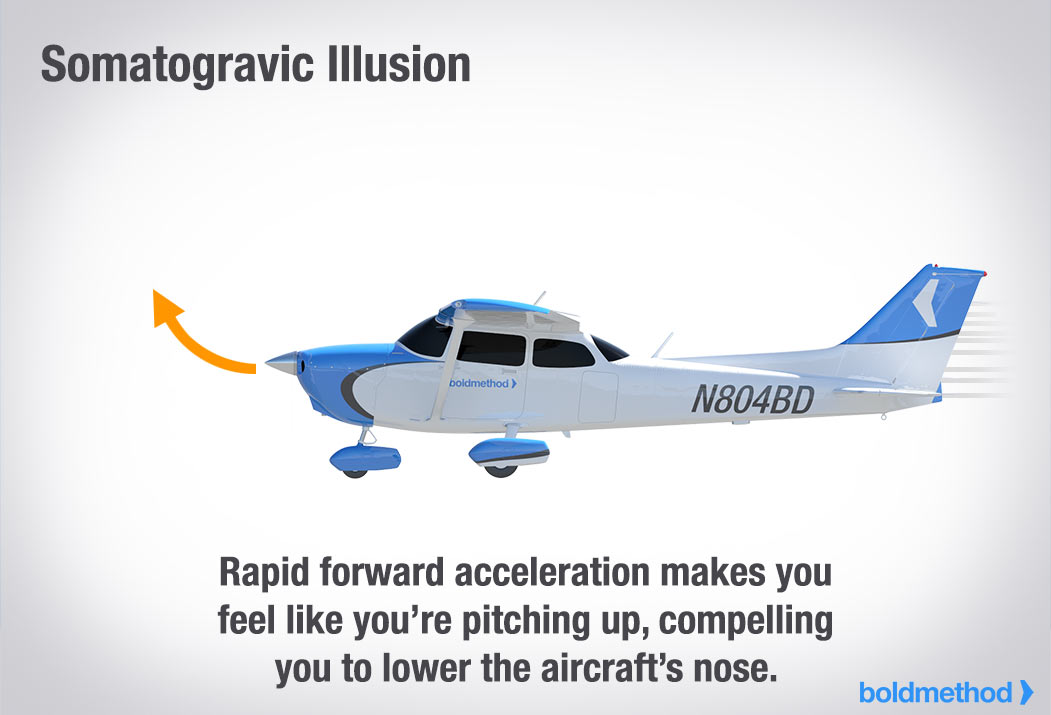 Boldmethod
When you accelerate quickly, the 'otolith' organs in your ears think you are pitching nose-up. This makes you want to push the nose of your plane forward, and you enter a nose-low dive attitude. The opposite is true of rapid deceleration. As you slow, you feel like you're pitching forward, and you tend to pitch up into a nose-high stall attitude.
How to prevent it:
Avoid rapid acceleration and deceleration in the clouds.
5) Inversion Illusion 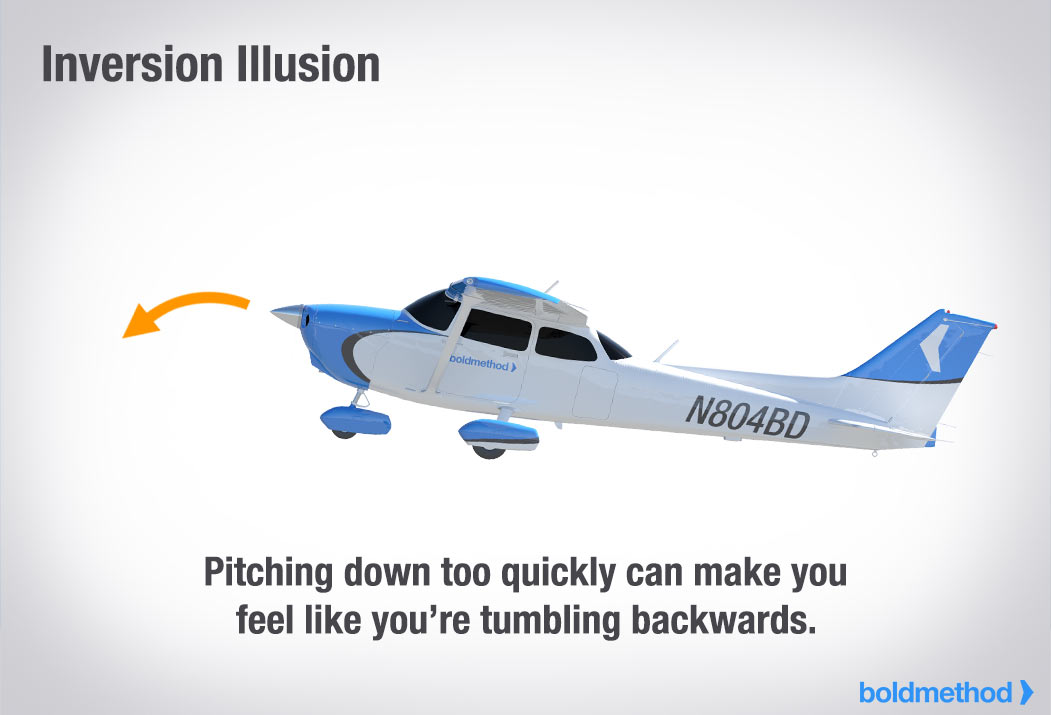 Boldmethod
If you pitch down too quickly from a climb to straight-and-level, you can get the illusion that you're tumbling backwards. The real danger with this that it makes you want to push the aircraft even more nose-low, which puts you into a dive attitude. Even worse, the more you push forward, the more intense the illusion can become.
How to prevent it:
Slow, steady control inputs are the key when you're transitioning from a climb to straight-and-level flight.
6) Elevator Illusion 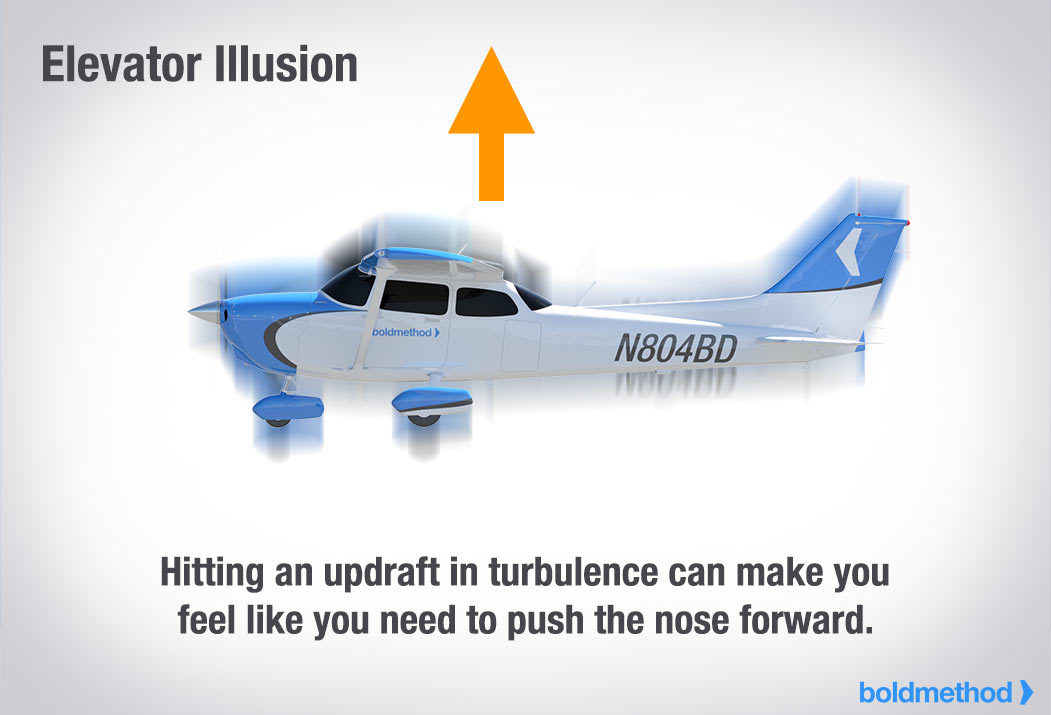 Boldmethod
One of the most challenging things about flying in the clouds, especially in the summer, is that there's usually some turbulence as well. Elevator illusion happens when you catch an updraft, and your plane is abruptly accelerated vertically. Even though your plane is most likely in straight-and-level flight, you feel like you need to push the nose forward, entering a dive attitude.
How to prevent it:
Maintain a strong instrument scan pattern in turbulence, and if the updrafts and downdrafts become so strong that you are unable to maintain altitude, fly the attitude indicator, keeping your wings straight and level.
Staying Safe In The Clouds
Vestibular illusions can be incredibly powerful, and it's surprising how hard it is to overcome them in flight.
One of the best ways to overcome the illusions is to trust your instruments, and keep your instrument scan pattern moving at all times.
Practice helps a lot as well. Grab an instrument instructor on the next cloudy day, and go flying. Get an IFR block of airspace and practice some maneuvers in the clouds: climbs, descents, and turns. Get a feel for what the illusions are like, and then focus on overcoming them with a strong instrument scan pattern. Even if you aren't an instrument rated pilot, getting yourself into the clouds with an instructor on board is some of the most valuable flight time you can ever get.
Publicado por altovuelo en 5:45 No hay comentarios:

How do Flaps Work? | How to Use Flaps During Landing | Flaps Up Landing 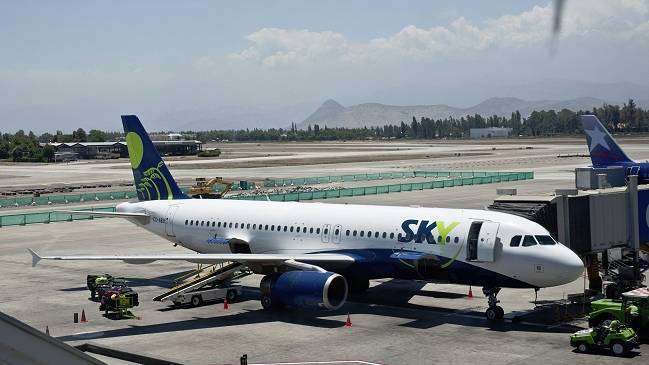 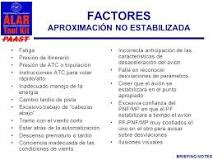 "It is a word that many times we pilots avoid pronouncing. But, life is that hard, and without a doubt it is the most difficult test we have to take.

However, a significant number of pilots fail to reach the finish line, sometimes because they try to copy others, without realizing that all of us have to take a very different exam.

"That's why it's brave to always smile at life, even when inside your soul you may be in a thousand pieces."

"From my experience as a flight instructor, of those pilots who are still in the race and who manage to reach the goal, they are not the most intelligent, but those who persevere the most and fight for their dreams............"

"The great objectives in Aviation and things achieved in life are usually achieved not with strength and hard work, but rather with the attribute of constant perseverance."
JMDF
Publicado por altovuelo en 2:18 No hay comentarios: 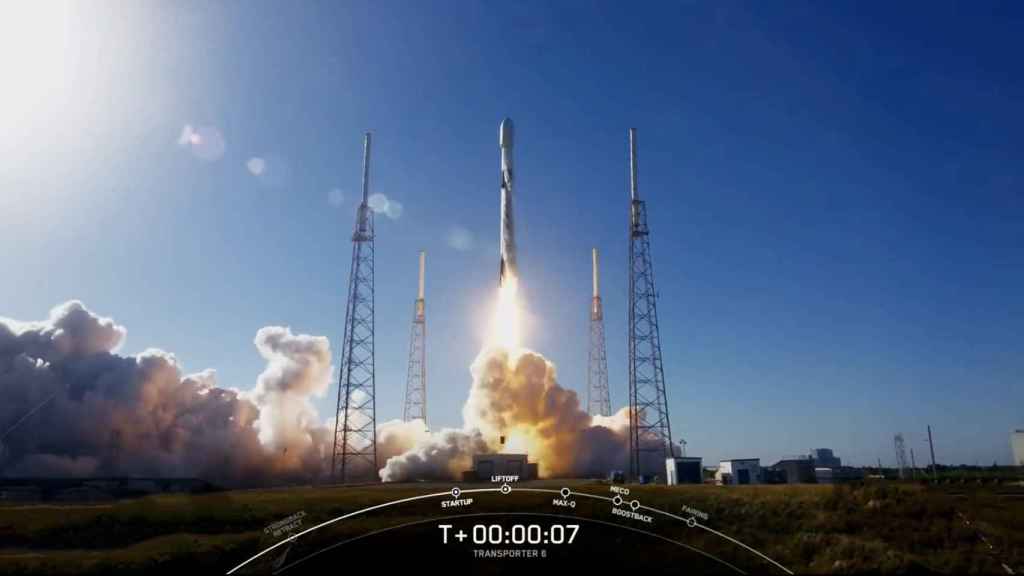 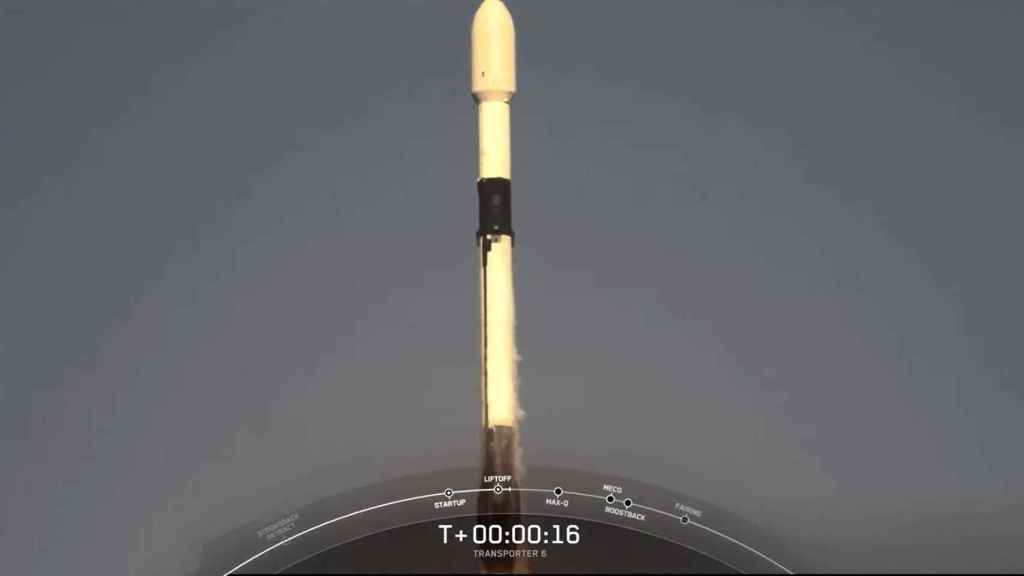 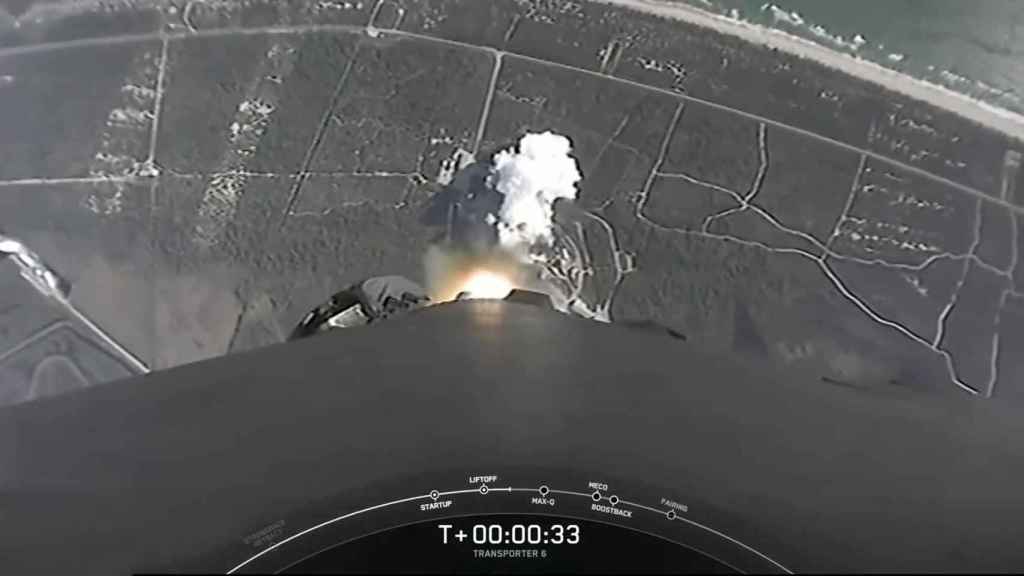 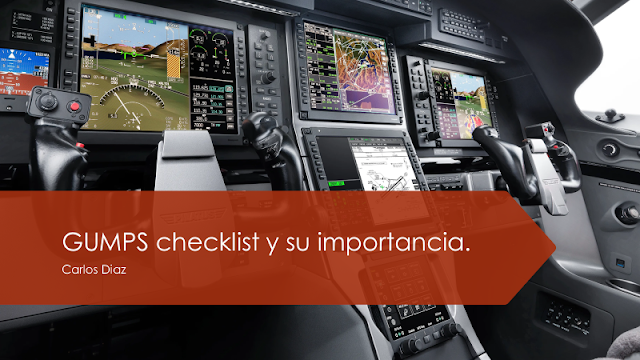 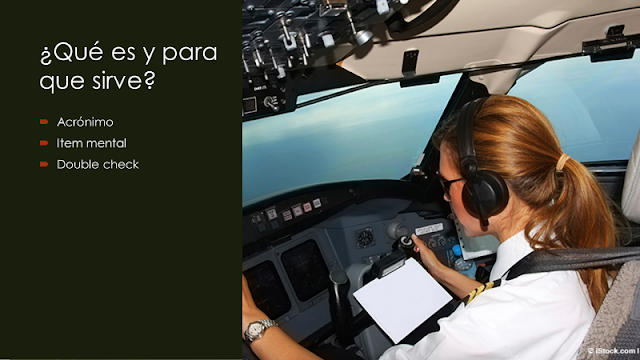 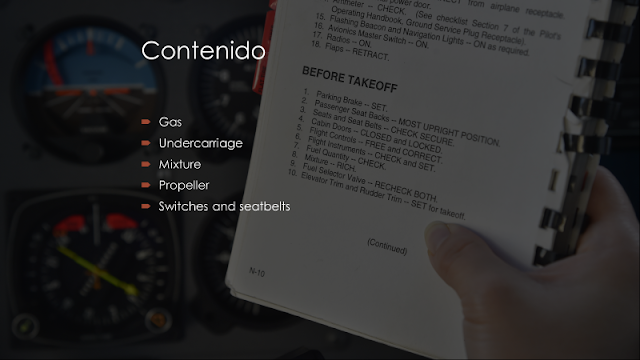 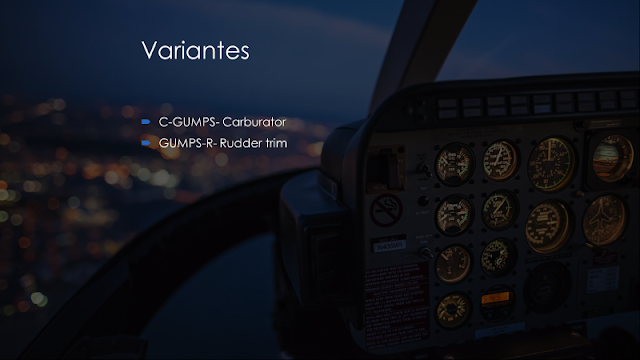 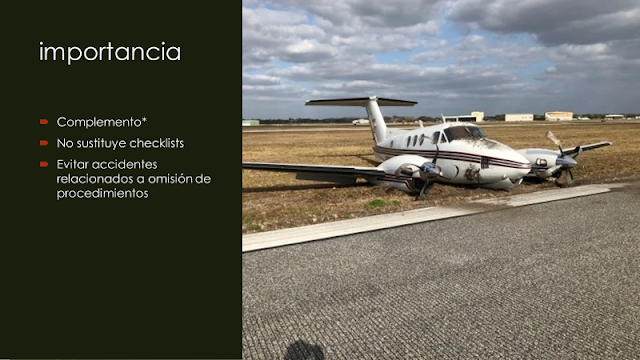 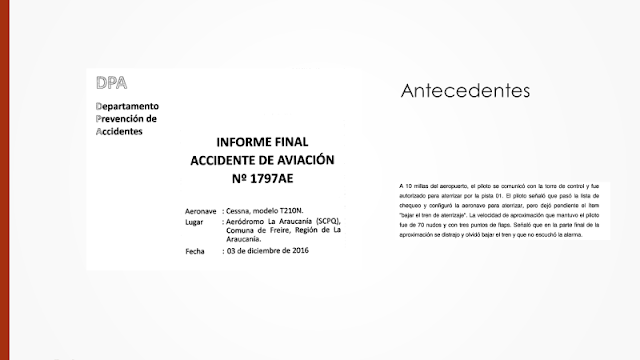 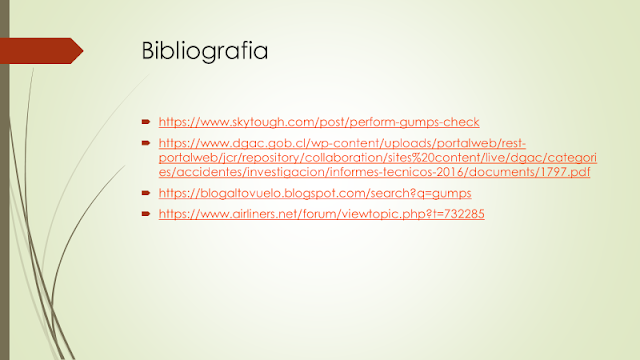 How AI is transforming aviation