You WILL Understand VORs after Watching This!

What Is the Ideal Time for a Takeoff Briefing?

October 31, 2011
There’s no question that pilots should conduct a thorough takeoff briefing prior to taking the runway, but should that process be conducted even before starting the engines?
Many pilots feel the pre-takeoff briefing should be conducted as near to the point of takeoff as possible, even while taxiing the aircraft to the runway, to keep vital important information such as V speeds and departure headings “fresh” in pilots’ minds. They note this approach is what many business aircraft OEM checklists specify, as well.
However, others believe pilots should take the time to thoroughly review all takeoff information earlier in the process, before engine start, to avoid distractions. They note this approach is particularly beneficial during international operations, or when operating from unfamiliar airports and airspace.
“Manufacturers have not yet moved, really, to a system that focuses on ways to minimize tasks while a plane is moving,” said Steve Charbonneau, Secretary of the NBAA Safety Committee and a Gulfstream 550 pilot. “When we release that parking brake, we have to make sure we have no distractions, and are focused on moving the airplane safely.”
When it comes to what information should be reviewed, and when, Charbonneau suggested a hybrid approach to those questions may be best, particularly for operators of larger aircraft. “You must minimize the amount of work that is done while actually moving the airplane,” he explained. “This is absolutely critical as airplanes grow; the larger the aircraft, the greater risk for hitting something while maneuvering on the ramp. There are also more tasks usually on the checklist for those aircraft.”
Charbonneau noted his company’s flight department has moved several mission-critical items back from the taxi checklist, to after cockpit setup. “We review our clearance, plan our taxi, and verify our takeoff performance and review contingency plans,” he said. “We feel it’s important to conduct this review when there are no passengers onboard, when there’s no rush, so the pilots can focus on what they have to do. That’s especially the case when reviewing new RNAV departure procedures.
“The only thing done during the taxi,” Charbonneau added, “is review any changes to that plan, or if there are any questions. That’s all that’s done.”
The NBAA Safety Committee offers Association members guidance on how to establish checklist procedures, based on the specific operational needs of the pilot or organization. This includes recommendations on takeoff checks.
Publicado por altovuelo en 4:06 No hay comentarios: 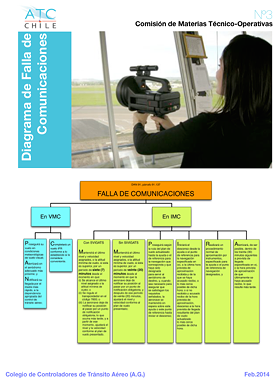 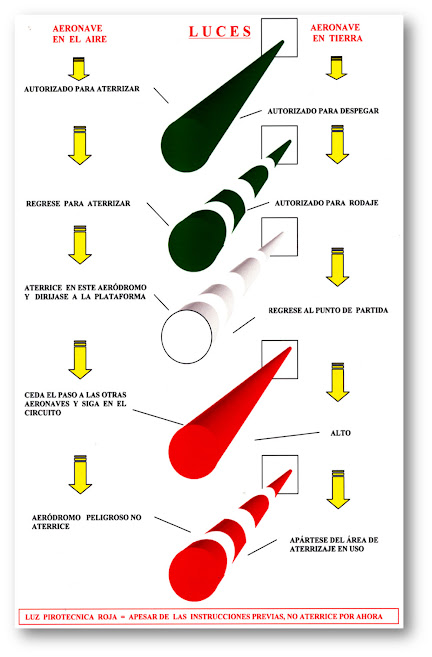 From Wikipedia, the free encyclopedia
In North American aviation, a NORDO (/ˈnɔːrdoʊ/) aircraft is an aircraft flying without a radio. While sometimes used to denote small general aviation aircraft that are not equipped with a radio, the term is more commonly applied to aircraft that have experienced a radio failure while flying.
The term originates from the 5-character uppercase abbreviated notation "NORDO" displayed on controllers' radar scopes when an aircraft transmits the "radio failure" code on its transponder. An alternate explanation is that "NO RDO" was the standard note made on maintenance and equipment sheets used in military aviation, starting in the 1930s, as a code to identify planes which needed radio repairs or were not equipped with radios. The term has made its way into standard aviation jargon, used as an adjective or a noun to describe an aircraft without a radio, even among pilots and others who are not air traffic controllers.
In-flight radio failure may constitute an emergency, as determined by the pilot. Aircraft equipped with a transponder should indicate a NORDO situation by setting the appropriate transponder code: 7600 ("seven-six: radio fix"). NORDO aircraft declaring an emergency are given priority over other aircraft (providing a more serious emergency does not occur on another aircraft).
If the radio failure occurs in visual flight rules (VFR) conditions in an area where radio communication is required, the pilot is expected to continue under VFR and land when feasible. If flying under instrument flight rules (IFR) conditions, and VFR conditions exist or are encountered after the failure, the flight should be continued in VFR conditions and the pilot shall land as soon as practicable. If VFR conditions do not exist, the pilot will then continue the route last assigned by ATC. See FAR 91.185.
Air traffic control may re-establish communications with NORDO aircraft by using emergency frequencies, voice features of NAVAIDs, or aviation light signals. In the event of one-way communications (i.e. aircraft can receive only), the controller may request the aircraft make identifying turns, flash their navigational lights, transmit codes or IDENT signals on the transponder, rock their wings, etc., to acknowledge clearances or instructions.
Publicado por altovuelo en 5:26 No hay comentarios:

"I do not believe that any pilot lacks the necessary strength to be able to pass a flight course; what many do sometimes lack is the will and dedication to dare to start".