In the past it was assumed students practiced slow flight to become proficient with flying the airplane at the edge of the performance envelope—a place where any further degradation in performance would make the wing stop flying. Not so, says the FAA. The Private Pilot Airman Certification Standards introduced a new definition of slow flight, something the FAA says is simply a clarification of the earlier maneuver. In the redefined method, the objective is not to get the airplane as slow as possible, but instead to fly at a relatively slow speed while avoiding the envelope’s edge. The thinking goes that recognizing that unstable condition and avoiding it are more important than being able to fly in a more extreme environment. 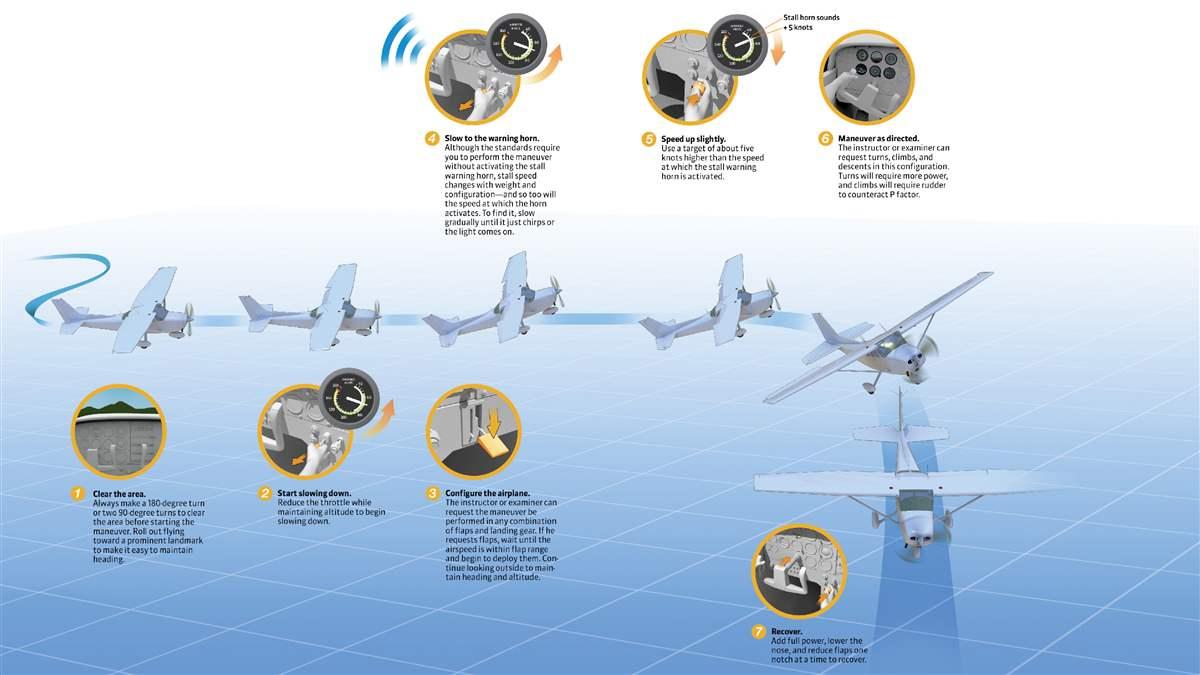 Thus, the standard for slow flight has changed. Here’s how to perform the new version.
Test Standards

Slow flight is a required item on the private pilot practical test. Here are the single-engine standards for the flying portion of the maneuver:

1. Select an entry altitude that will allow the task to be completed no lower than 1,500 feet above the ground.

2. Establish and maintain an airspeed, approximately 5 to 10 knots above the 1-G stall speed, at which the airplane is capable of maintaining controlled flight without activating a stall warning.

3. Accomplish coordinated straight-and-level flight, turns, climbs, and descents with landing gear, and flap configurations specified by the evaluator without activating a stall warning.